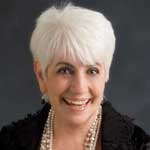 If you're looking for an entertainer with plenty of stage experience, a phenomenal voice and a broad range of musical styles, you couldn't do better than Janie Martin.

She's got the personality, presence and pizzazz that is bound to make any audience ask for more. She sprinkles her performance with humor, characterization and builds great rapport with the audience, engaging listeners of all ages and musical tastes.

Janie’s mother was like a “quasi” vocal coach who told her “just sing it like you mean it honey,” and that is exactly what she does in a way that reaches every listener; the mark of an entertainer who has that special something. It's how she won the award as "Best Dramatic Vocalist" in the "Red Stocking Review."

Soon she was the star of her own one-woman cabaret act, thrilling audiences in the classiest hotels and resorts in the United States, Australia, and the Orient.

Her amazing versatility as a variety singer came in handy as a headliner on Regency Cruise Lines, adding her unique style to show tunes, country western, 30s and 40s big band, and pop music delighting audiences traveling all over the world.

As the lead singer with the Mellotones, she sang music ranging from swing, to jazz, ballads, waltzes and Latin genres for a wide range of audiences. This band of professional musicians was known as a fun band, playing all over the Wllamette Valley.

As a singer with the Salem Big Band in the 1990s she attracted listeners of all ages. While their elders tripped down memory lane, young dancers would dress up and flock to their concerts, dancing the jitterbug like it was the 1940s. Janie's CD, Strictly Big Band, was nominated as one of the Salem Statesman Journal's CD picks of the year 1995.

Now a member of the Jazz Society of Oregon, Janie is excited to be performing again and her fans are thrilled. She'll be bringing her unique voice to stages throughout the area. Shouldn't she be on yours soon?

What People Say About Janie

“….On another note, I truly enjoyed the songs. Your energy and enthusiasm are overwhelming.”
— Neil Goldschmidt, Governor of Oregon 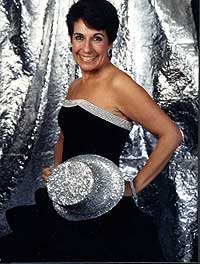 "Janie's sparkling personality and astounding voice have a magical effect on a crowd. Audiences fall in love with her. When I heard her, I couldn't stop wondering how that powerful a voice came out of that small body; she's DYNAMITE!"
— Neal Gladstone, recording artist, "Neal Gladstone Show"

"I like the strength of your voice; you project VERY well and with personality. Plus, you have a distinctive and recognizable sound. You have a tremendous talent. I'm impressed!'
— Courtell Talent agency

“Very good Janie.  I like the old style and you do it so well. Aloha.”
— Bob Shane, The Kingston Trio

"Janie, I just had the best time listening to your Youtube Videos.  What an amazing performer!  I want a CD!  How can I buy one?"
— Christopher Kenney, Vegas performer, Simply Edie Show